Importance of Chaitra Navratri in 2020

Importance of Chaitra Navratri in 2020 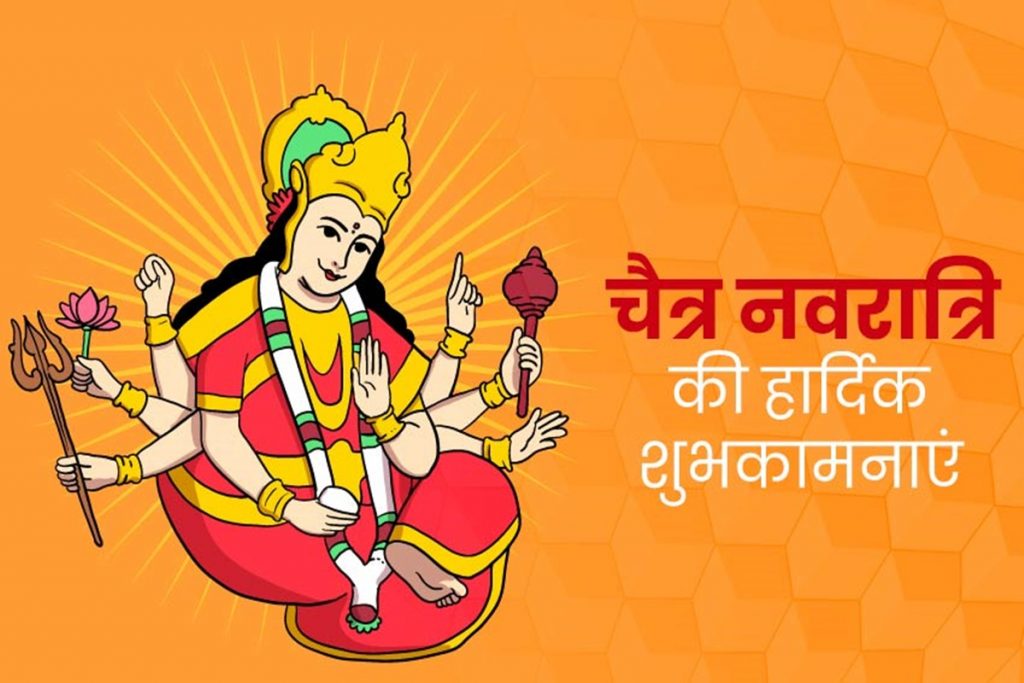 In India every year People worship goddess Durga for nine days, generally, these auspicious days fall into March or April months. It is one famous festival in India where devotees worship the Deity Durga with all heart. Goddess Durga has a great significance in Hindu mythology. She is a symbol of power and strength. Also known as “Devi” or “shakti” Maa Durga is considered as a shielding mother of the whole world.

The Chaitra Navratri is one of the most significant Navratri among the four seasonal Navratri.  Out of four Navratri, the two are known as “Gupt Navratri” which are not celebrated but the “Chaitra Navratri” and “Sharad Navratri” are celebrated with great ardor.  The auspicious nine days of Chaitra Navratri are dedicated to nine different forms of Goddess Durga. Various rituals, worship, offerings are made for Maa Durga, people seek blessing for good health and prosperity.

Chaita Navratri is also term as Vasant Navratri And Rama Navratri, because the birthday of  Hindu Lord Ram falls on the last day of Navratri.

This year 2020, the Chaitra Navratri will begin from 25th March till 2nd April.

The nine auspicious days with their name:

Significance of 9 days of Chaitra Navratri

The whole India celebrates these auspicious 9 days, and devotees worship and keep fast for Maa Durga during the entire 10 days, and pray to her for well being and prosperity.

Chaitra Navratri has another important significance as the mother earth undergoes a huge climate change. People fast for Goddess and scientifically it is believed that fasting during this time prepares a human body for the upcoming summer season. To keep the body healthy during fast and develop a good immune system, people prefer eating lots of fresh fruits, vegetables, and nuts during a fast period.

These 9 days play an important role for every Indian, the celebration, prayers, offerings, dancing, fasting, everything dedicated to Goddess Durga- the divine force. And at the end of the Chaitra Navratri, the tenth day the idol of Durga is immersed.

In the last few years, Idols are not immersed in water bodies to save them from being polluted. Small immersing pits are made available where people can perform the rituals without harming the sea, lakes, and ponds.

The Navratri symbolizes the triumph of good over evil. According to Hindu Mythology, it is believed that during this period Lord Shiva allowed her wife- the Goddess Durga to visit her mother for only nine days. And in this period, she killed the evil demon named Mahishasur. Due to her victory over evil, goddess Durga is seen as a symbol of power, she is worshiped as “Shakti” which literally means strength. The nine days are full of divinity, and devotees all around the country celebrate with passion. It is also believed that the goddess Durga can neither be created nor destroyed. She has three principal forms that are worshiped, namely Maha Durga, Chandika, and Aparajita.

Also, Read, Why Do You Need Career Consultation? An Astrological Report

The beginning of Chaitra Navratri is incomplete without ghatashthapana, it is an important ritual to follow before starting the nine-day celebration of Goddess Durga. According to holy scriptures, Ghatasthapana is auspicious for the beginning of Chaitra Navratri and should perform to solicit the Deity. Also, this ritual should be done on the right and auspicious time only. Night and “Amavasya”(full moon night) should be ignored for this particular worship. Ghatasthapana is also term as “Kalash Sthapana” in which a vessel is established to start worship or anything. generally, it is for the commencement of something auspicious.

This year 2020, Chaitra “Ghatasthapana is falling on 25th of march, which is Wednesday, Uttara Bhadrapada Nakshatra (Shukla Paksha), the year 2077 of the Vikram Samvata according to the Hindu calendar.